Living in the Berkshires 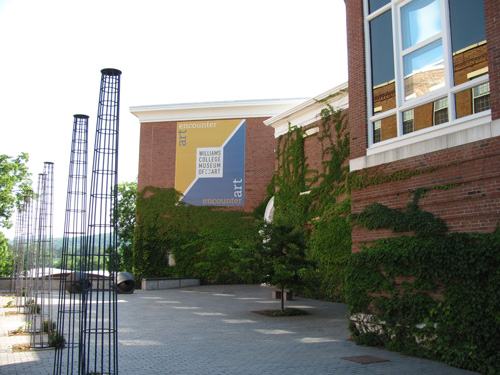 “Here in New England, the character is strong and unshakeable.” – Norman Rockwell

Tucked away in the far northwest corner of the state, bordering New York and Vermont, Williamstown is perhaps best-known as the home to Williams College. A downtown lined with coffee shops, boutiques and restaurants; stately homes along tree-lined streets; and a bucolic university campus where greenery abounds make living in Williamstown truly unique. Because Williams College is one of the top liberal arts schools in the country, Williamstown residents tend to be intellectual and from all over the world.

But what sets Williamstown apart from other quaint New England towns is the arts scene, which outshines some major cities, residents say. The Clark Art Institute showcases European and American artwork and is known for its collection of impressionists and its center for research on art history. Down the road, the Williams College Museum of Art, houses modern and contemporary artwork and hosts art classes, and in nearby North Adams, there’s Mass Moca, an internationally renowned modern art museum. Williamstown is also the site of the Tony-winning Williamstown Theatre Festival, which takes place throughout the summer and shows roughly 200 plays ranging from classics like “The Importance of Being Earnest” to newly written works.

The town’s Berkshires setting offers plenty of outdoor pursuits. Hikers love the 3,491-foot Mount Greylock, the highest point in Massachusetts — there are miles of winding hiking trails, some of which make up the Appalachain Trail. At the top of Mt Greylock you will find Bascom Lodge which offers 90-miles views. Skiing is plentiful and close, both locally in the Berkshires and across the border in Vermont, and residents often snowshoe or cross country ski on the rolling hills outside their doors. In addition, Retirees looking for a change of pace can make the short trip to Albany or Boston for some big city pursuits!